The Hilltops Wine Show concluded at the Young Town Hall on Saturday 23rd September with the awards presentation and public tasting of the 56 wines entered. The awards included 4 Trophies, 5 Gold medals, 8 Silver medals and 26 bronze medals- a total of 43 awards.

Peter and Cath Mullany were thrilled that their Ballinaclash 2016 Edward Shiraz won the coveted Peter Robertson Trophy for the ‘Hilltops Wine of the Year’. This wine was judged the “Best Wine of Show” from the 56 entries and was also awarded a GOLD medal and Trophy for the ‘Best Hilltops Shiraz’. This wine was also awarded the ‘Champion wine of Show’ at the Canberra Wine Show on Friday night.

Andrew Higgins, senior premium winemaker at Hanwood, accepted the Trophy for the best Hilltops Cab Sav which was awarded to the McWilliams 2014 Single Vineyard Cab Sav, made from grapes grown at Barwang, where Peter Robertson first made wine in the 1970’s. In addition, Andrew also accepted the award for the best ‘Red Blend/Mature Red’ category for the McWilliams 2013 Barwang Single Vineyard Cab Sav.

Freeman Vineyards continued their success in the Hilltops Wine Show with a trophy for their 2016 Sangiovese which was judged the best wine in the ‘Italian Varietal’ category. Freeman Vineyards also won the award for the ‘Best White Wine’ category with their 2013 Dolcino Viognier.

The 2017 Hilltops Wine Show was once again a huge success. Over 70 people attended the awards presentation at the Young Town Hall and were delighted to be able to taste a wonderful array of Hilltops wines, enjoy locally produced food from Kerrie and Rob Provan and be entertained by the delightful music of James Cronin.

Hilltops Inc. also wish to acknowledge and thank the Riverina Winemakers Association for conducting the wine show judging in Griffith and the Hilltops Council for their support. 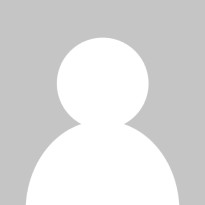 View all articles by Hilltops Region.